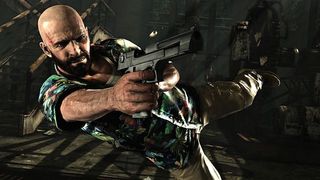 Move my desk to another department??

We've spent the week seeking out desks with wheels on, just so we can replicate the trailblazers at Valve – but fortunately we managed to find time to wheel ourselves over to the office news fountain to capture the best of the gaming news in the small disposable plastic cup we call 7DiG.

We've always wondered what it would be like to work with the people who created Gordon Freeman's dialogue and got us labelled 'bloody sniping scumbags' in Team Fortress 2, and now we have startling insight due to the brilliant, quirky and ever-so-slightly-depressing-in-a-jealous-kind-of-way Valve employee's handbook. [PDF Flamehaus]

We'll probably be calling our Snow Elf 'N'Safety' if the rumours about Skyrim DLC are true. We can't help get a bit excited about all the vampire improvements – but we'll also bit a little bit dismayed if that giant mudcrab that was demoed at GameJam doesn't make the cut. [CVG]

7DiG spent some time playing through a big ol' chunk of Max Payne 3 this week – and we really like the fact that it made us feel like an awesome action star despite our frankly weedy third-person console shooter skills. Fortunately our gaming PC is more than capable of playing the PC version which means we can ramp up the skill level beyond 'pathetic loser'. [RockStar]

Fancy seeing the Bioshock Infinite trailer recut with the Inception music? Go on then

Bad news everyone – for those people who are wondering how many pennies to leave rattling in their piggy banks in order to grab a Wii U when it arrives, it sounds like you'll have to wait beyond E3 to find out. Booo! Also - Nintendo made a loss for the first time in 30 years. Double booo! [Nintendo]

Good news everyone – rather than working on a 21st century version of Sim Brick Maxis is apparently working on Sim Ocean. Hit space bar to make wave – repeat. [CVG]

Apparently enough people in the Valve offices have wheeled their desks over to the Open Source section - probably in a cupboard somewhere - to plan out Steam for Linux.

More bad new everyone – the PS Vita has hit a new all-time sales low in Japan, falling below 10,000 units for the first time. Context? 11,779 PSPs were sold – which is a bit of shame considering the PS Vita is actually a really nice piece of kit. [CVG]

As ever we'll leave you with a plethora of awesomeness from the other gaming sites around the Future net:

Why Black Ops 2 will be better than Modern Warfare 3

The 25 most heartbreaking moments in Nintendo history

Ten of the most ridiculous NES covers ever created

What are Bethesda's quality standards

Infamous 3: 6 things we want to change