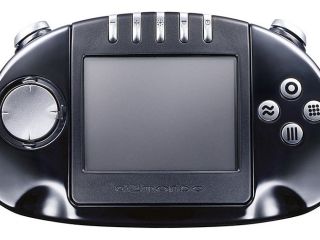 Gizmondo, the failed gaming handheld, may well turn a profit after all, with Hollywood optioning a movie of Gizmondo's former boss Bo Stefan Eriksson's spectacular fall from grace.

The story has it all. Guns, fast cars, loose women, gangsters, the entertainment business, Malibu, a Ferrari shredded into pieces on a lonesome coastal road. Not to mention a number of shady and mysterious 'security organisations' and lots, lots, more.

Indeed, even Thomas Pynchon, America's greatest living chronicler of our twisted, post-post-modern cyberworld could not have made this stuff up!

The full story, as told in glorious and salacious depth originally in Wired, is being given the movie treatment by director Craig Zobel and producer Beau Flynn.

"THE BUMP IN THE ROAD that ended Bo Stefan Eriksson's fantastic ride is practically invisible. From 10 feet away, all you can see is the ragged edge of a tar-seamed crack in an otherwise smooth sheet of pavement. Only the location is impressive - a sweet stretch of straightaway on California's Pacific Coast Highway near El Pescador state beach, just past the eucalyptus-shaded mansions of the Malibu hills.

"On that patch of broken asphalt, there's barely enough lip to stub a toe. Of course, when you hit it at close to 200 miles per hour, as police say Eriksson did in the pre-dawn light last February 21, while behind the wheel of a 660-horsepower Ferrari Enzo, consequences magnify.

"The Enzo has less than 6 inches of ground clearance, and at that speed, it took only a slight scrape under the front bumper to launch the vehicle. The airborne Ferrari landed in a skid that in a blink became a sidelong drift. Tires shredding, the car bounced over the shoulder onto a grassy slope wet with dew. All Eriksson could do was hold on as the slithering, swiveling Enzo again achieved lift-off, then slammed broadside into a wooden power pole."

Flynn's production company Contrafilm is backing the project. TechRadar will be keeping a close eye on this, mainly because we really hope to see this make it to movie theatres someday in the not-too-distant future.