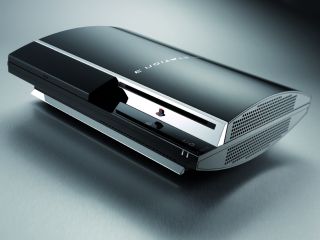 It's lovely to use, it's powerful - it does almost everything you want it to. But it also drains a lot of power...

There cannot be any doubt about it, the PlayStation 3 is an astonishing device. It wields the same amount of power as a mighty gaming PC while measuring just a fraction of the size. It handles Blu-ray movies with ease and the graphics it can produce are nothing short of stunning.

Its main criticism has been its price, though. When it launched in the UK it cost £425 and you still can't get one for much less than 400 quid. And unfortunately for gamers, this is not the end of the story with the PS3.

Ignoring the hundreds of pounds that every owner is willing to spend on games over a long enough time period, there's another stealthy money-draining factor at play here: power consumption.

Power consumption research site Sust-It says the PS3 costs £47.69 a year to run. The site assumes that the PS3 will be used for two hours a day and will squeeze every watt from its 380W power supply. This contrasts strongly with Nintendo's Wii which costs £2.13 per year and needs 17W of power to run, and the Xbox 360 which costs £20.71 and needs 165W.

However all is not quite so straightforward as Sust-It's figures would have you believe. Games enthusiast sites have disputed the PS3's 380W power consumption pointing out that the PS3 draws an average of 185W to 205W during gameplay, a significant drop. The Wii also fares worse that the PS3 on standby when the Wii's Connect 24/7 mode is active. Here the Wii uses around 10W compared to the PS3's 2W.

It's debatable whether the two hours of gamesplay figure Sust-It assumes is accurate either. Passionate gamers are likely to play for far longer, pumping up the cost whatever the real power consumption.

What no-one disputes is that the PlayStation 3 is considerably worse than either of its rivals when comparing overall power consumption. This will have a significant impact on total cost of ownership as well as the console's potential impact on the planet.