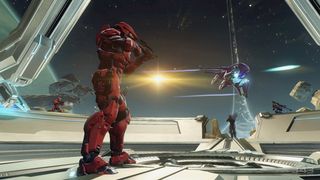 To the outside eye, the general message of Microsoft's Xbox One seems to have shifted considerably since the console was first unveiled in 2013.

Back then Microsoft touted the console's entertainment and UI features first and foremost, neglecting to talk much at all about games for weeks after the console's announcement.

But the company did a one-eighty on several of its unpopular Xbox One policies, and at E3 2014 the entire Xbox One press conference focused on nothing but upcoming games.

Why the change of heart? When we sat down with him at the conference, Microsoft's Chief Marketing and Strategy Officer for Xbox Yusuf Mehdi said there hasn't been a change at all, but simply a shift in focus.

"Our message remains the same"

TechRadar: It seems like the message of the Xbox One has changed a lot over the past year. What do you see it as currently?

Yusuf Mehdi: The only thing I would say is at least with the Xbox One our message remains the same. The vision we haven't changed, which is we want to be the best place to play, for your games and your entertainment.

What's different is in the last year, since launch, we've really focused on the gamer and our Xbox 360 customers in particular and amped up on the games themselves, specifically. But the simple message is Xbox One is the best place to play. And what we tried to do here at E3 was, as you saw in our opening briefing, 90 minutes of just pure games. The biggest blockbusters, the most exclusives, which hopefully drive a lot of excitement.

Do you see that as a shift in message, or just a different focus?

It's a focus and an amplification on the gaming message. If you look at, you know, we've sold five million [Xbox One consoles] through April. And the average usage time is five hours a day for each of those five millions. Five hours a day average. And when you look at what the use is, it's almost equal parts gameplay and entertainment.

So using both services, they spend kind of an equal time. That means that people who buy it really do love instant switching, snapping, input with live TV so you never miss a moment. If you have a game invite, you don't miss that, the ability to Skype while you're playing - that all continues. But the focus on the games and the focus on more flexibility, more choice, having an offer now for $399, because you can buy the Xbox without Kinect, these have been all the things that we've focused on.

Are you going to keep looking backward at Xbox's legaxy when it comes to new games, i.e. the new Crackdown sequel, the new Phantom Dust, the Halo Master Chief Collection, etc.?

Yeah … people like some of this stuff, and being able to bring it back remastered or create new stories on the IP, that is a thing that people really love. So bringing some of the old favorites and special titles to the Xbox One remastered or re-imagined, you're going to see us do more and more of that.

We haven't talked a ton about that yet. This is one that just came about in a fun way. You know, now it makes sense. I can't say I'm surprised now, but as we were going closer I said I think this may be one of the hits, even though what people had been really pushing on is "Where's the Halo 5 beta?" So this turned out pretty well.

I think we're going to walk away from this and say, "Hey, this is an interesting thing. We should think more about it." Part of it is we'll do all of the digestion post-E3. What did we learn? What did we hear? How are we going to change our program to be better?