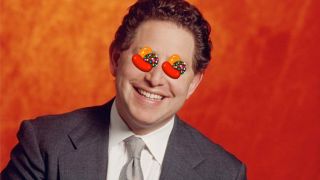 Try to think back to a childhood spent standing at the counter of your local shop, waiting to exchange your fistful of shrapnel for a bag full of lollies.

Now, replace the child in that nostalgic recollection with Activision Blizzard president and CEO Bobby Kotick, supplant the handful of coins for a whopping $5.9 billion dollars and exchange it for Candy Crush studio King Digital instead of a bag of lollies, and you have a pretty good idea of where this silly analogy is headed.

PC Gamer has reported that Activision Blizzard is acquiring King Digital for the insanely huge number listed above.

To put that figure into context, Disney paid $4 billion for Lucasfilm back in 2012, making Candy Crush more bankable than Star Wars by around $1.9 billion.

While it may seem like a ridiculous amount of money to pay for the studio behind a free-to-play mobile gaming franchise, it actually seems to be a sound investment on Activision's part. A CNN report from last year stated that King Digital has a "reported annual revenue of $1.9 billion and a profit of about $568 million," meaning that Activision should eventually get its money back and then some.

It also means Activision Blizzard will be diversifying much further, broadening its potential consumer base to just about anyone who already owns a smartphone.

Kotick is pleased with the acquisition, stating that the deal's "combined revenues and profits solidify our position as the largest, most profitable standalone company in interactive entertainment."