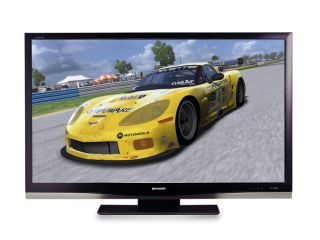 Big TV in the living room or tiny PC screen in the study? There's no contest

Techradar recently posted a convincing validation for PC gaming over and above its console brethren.

Despite the erudite opinions contained within the piece, some people felt that the argument was, shall we say, a little biased.

So in order to redress the balance (and just for fun you understand) here are 12 reasons why, in fact, console gaming is better than PC gaming.

Let us know which side of the fence you sit on in the comments.

1. No mouse and keyboard support
Ah, the very raison d'être of PC gaming. Well, guess what? Not everyone wants to play games posturing like Rick Wakeman. The joypad has been gradually refined over 20 years into the finely-honed gaming tool you see today. Pressing digital keys to move? How very 1982.

2. Playing on TV
While the PC might happily spew forth images consisting of a quadrillion pixels, the real issue here is that with a console you're playing on a nice big TV in the living groom on a comfy sofa and, if you have any sense, with a 5.1 Surround Sound system. If we wanted to slouch at a desk in a dimly-lit room we'd just stay at work.

3. It just works
Oh, how we console owners point and chuckle at PC websites where the incumbent expert attempts to explain to some poor sap that his three-month old (and thus obsolete) quad-AMD 3000 and Nvidia Orgasmo-card won't actually run Generic FPS 10 because it's got driver 1.1 instead of 1.1a. Try this: go to shop, buy game, insert disc, game runs. Bliss.

4. No need for endless upgrades
Yes, the PC is hugely upgradeable - and a bloody good job, too, otherwise you'd never get to play all those games built with cutting edge technology by crazy Scandinavian ex-demo hackers. And anyway, a console is upgradeable: when the next Xbox or PlayStation comes out, we sell the old one and buy a new one. Easy.

5. Cheaper hardware
We've heard all the arguments and excuses. Face it: if you really want a decent PC to play games (and no we don't want to build one ourselves) prices start around £500. And if you want to play games at any sort of quality, your (sigh) 'rig' is more like a grand. For that you could buy all three consoles, extra controllers and the top 10 games of the year.

6. The big 'p'
The PC is gradually becoming the ginger step-child of the developer community. Even stalwarts like Valve are moving to consoles because, let's be honest, piracy is eroding the PC world from within like a mercilessly enthusiastic cancer. It's becoming less and less viable for developers whose budgets are spiralling ever upwards. Recently the World of Goo developer suggested piracy of his game was at a rate of about 90 per cent. That shit just ain't funny any more.

7. The Japanese
They may not be to everyone's taste, but PC gamers do miss out on a whole raft of amazing games crafted by genius Japanese developers whose focus is mainly consoles. Crazy stuff like Patapon, Katamari, Okami, Vib Ribbon, PaRappa... not to mention hordes of amazing JRPGs.

8. No first-party support
Because the PC is an open platform, there's no ownership and therefore no desire to drive it forward. Microsoft is way too busy with the Xbox to bother about Games For Windows, and so we either get the biggest games first with PC ports following months after, or we get exclusives that never appear on PC at all. Still, at least you have, y'know, Crysis. And Crysis 2.

9. The lack of patch mentality
Okay, we'll admit it - console games do get patched, but infrequently and not to any great extent. Truth is that, for the majority of console titles, when we buy our games from the shop they're actually finished. Which is nice.

11. Four-player family fun
Yes, we know PCs have been online for years, but what if you want to interact with people you actually know in the comfort of your own home? Apart from the aforementioned Wii activities, there are great quiz games like SceneIt! And Buzz, endless Mario Party games, dance mat games, Eye Toy games, karaoke games... the list goes on and on.

12. Perception
Have you ever seen that episode of South Park where the kids are playing World of Warcraft? You know the fat, pale, pizza-faced guy with the wrist support slouched in his chair? That's you that is. You are a PC gamer.

Neat console tips for Xbox 360, PS3 and Nintendo Wii below...