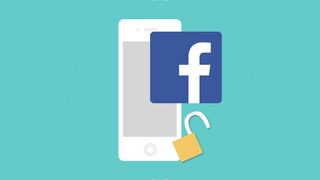 If you allow Facebook access to your smartphone's location settings, chances are the app already has a pretty good idea of where you are in the world at any given time.

But what if Facebook could predict where you are going next? That's exactly what could happen in the future according to a patent filed by the social media giant for an application called 'Offline Trajectories'.

According to the wording of the patent, the application could theoretically use your previous location data as well as that of other users to make predictions on where you may be headed next.

Take, for example, a typical Tuesday afternoon – perhaps you normally head to the gym straight from work. If the application determines that you are currently at your work address, it could then infer that you are likely to go the gym that afternoon, calculating the probability of you doing so.

Where are you going?

Why would Facebook want to do this? Well, if your 4G connection at the gym is prone to dropping out, it might preload your news feed, so you never have to go without your social media fix.

But how could Facebook use the data of other users habits to predict your next move? Another patent for a similar application, named 'Location Prediction Using Wireless Signals on Online Social Networks' could do just that by examining the habits of users in comparable demographics to you.

For example, if you're visiting Berlin on holiday, Facebook could look at where other users of a similar age group tend to go in the city. Although the company hasn't revealed why this data would be useful to them, the likelihood is that knowing where you are likely to go means it can display targeted ads specific to your likely destination.

As with any patent application, it's important to remember that these plans may never even come to fruition. A spokesperson for Facebook told Buzzfeed News that, "we often seek patents for technology we never implement, and patent applications -- such as this one -- should not be taken as an indication of future plans."

Whether the proposed technology is ever implemented or not, one thing is for certain – Facebook is always looking for ways to better personalize its applications. And whether that's a good or bad thing remains to be seen.