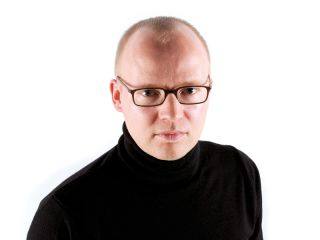 It's just that for any large outfit with a big range of frequently refreshed kit, it's impossible to avoid occasionally dropping the ball. Sooner or later, they're going to let something slip.

That's particularly true in the context of devices as technically complex as PCs and the digital peripherals that go with them.

For that reason, you'd be well advised to tread carefully with the naming and shaming, fingerpointing and general recrimination larks.

But sometimes you come across something that goes beyond isolated incompetence and makes you wonder whether it's the product of a corporate culture of cynicism.

The shame in this case falls upon a well-known maker of supposedly user-friendly PC peripherals. Specifically, I'm talking about one of the firm's latest wireless ADSL routers – a basic Wireless G device with support for ADSL2+.

There are no claims of spectacular performance attached to this product. Instead, it's merely described as "perfect for setting up a simple wireless network to cover a small office or apartment". With a retail price of £35 to £40, you'd be foolish to expect it to be a world-beater.

But the manufacturer does say it's ideal for sharing high-speed internet access. And that's where the problems begin. In the year 2009, I don't think the definition of "ideal for high-speed internet" allows for a maximum bandwidth limitation below 2Mbps.

In my testing of this unit, regardless of the speed at which the router syncs with the local exchange, you won't get more than 1.5Mbps of bandwidth via a wireless connection or around 1.8Mbps over Ethernet. On a line that normally gives around 14Mbps, that's simply shocking.

A routine Google search confirms that other unfortunate users have hit very much the same wall. For those who know what their ADSL line is capable of, this is no more than a nuisance. Just return the product and replace it with something that works properly.

But your average punter probably has only a sketchy awareness of the bandwidth they should be getting. If a router connects to the internet and the BBC News page loads at a passable lick, all will be assumed to be well.

The temptation must be to play on that ignorance by cutting corners and therefore costs. Why invest time and effort in ensuring that bandwidth is maximised when most of your customers won't notice?

Moreover, the fact that internet connections in the UK are notoriously variable only makes it harder for consumers to pinpoint problems.

Anyway, I find it hard to believe that a company this well established could have signed off such a product without being aware of its shortcomings. While I hope you'll forgive me if I don't name names and risk the legal wrath of the guilty party, what I can pass on are a couple of broader morals that are worth keeping in mind.

Firstly, don't skimp on networking kit. Buy one of the handful of proven products such as Netgear's DG834G wireless ADSL router. Secondly, always do your research before buying a PC component that's remotely critical for performance and don't buy anything that isn't a well known quantity.

Moreover, don't assume that buying from one of the big, well-known brands guarantees the presence of basic quality and the absence of cynicism. It doesn't.