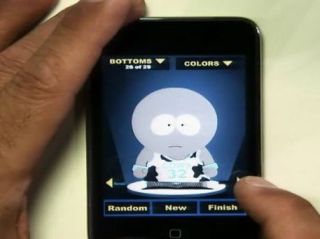 Adobe can run Flash on the iPhone, but will Apple?

You can tell Adobe's a bit miffed by Steve Jobs' claim that Flash won't run on the iPhone: not only did the firm come up with a funny Mythbusters skit where they investigated the claims of "Steve in Cupertino" and proved them wrong, but chief technical officer Kevin Lynch suggested that Apple's playing a dangerous game.

Adobe's position is pretty clear: Apple's being rather obstructive, and Apple isn't the only smartphone firm in town.

The iPhone's good, but other phones are pretty good too – "The smartphone space is going to become quite diverse [with] a lot of excellent operating systems," Lynch says – and if Apple isn't careful, it's going to make the same mistakes it made in the bad old days.

"It's like the early days of PC computing; people who are playing well with others are those who are going to get the bigger share," Lynch points out. Apple innovated, but Windows got the market share.

We're inclined to agree, not least because sometimes we think Apple sees us as unruly toddlers who can't be trusted with our own iPhones.

But the bigger question is: does Apple care? Does Steve Jobs really worry about repeating history?

Our money's on no.

The problem with Adobe's argument is that Apple has a giant mountain made entirely of money, a mountain so big that mere words can't describe it.

That money is largely due to the very thing Adobe's talking about, Apple's refusal to chase market share.

From Apple's perspective, market share doesn't matter. It's money share that's important. That's why it isn't interested in netbooks, ultra-cheap PCs or licensing OS X. There's no money in it – and if there's one thing Apple really likes, it's money.

And in mobiles, the money's in iPhones. The lack of cut and paste and MMS didn't stop people buying iPhones, and the lack of Flash isn't stopping them either.

Adobe's Adrian Ludwig makes an interesting point – "We see about 3 million users of iPhones visit Adobe.com and request the Flash player on a monthly basis" – and we don't doubt that those millions would really like Flash to run on their phones, not just in the form of apps but within the browser.

But the thing is, those millions of people already own iPhones. They might resent being treated like toddlers, but Steve Jobs has already got their money.