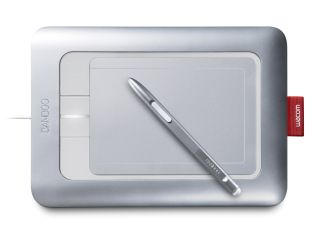 Draw and write on your Mac with the Wacom Bamboo

It's actually pretty easy to buy presents for the Mac user in your life; generally, anything shiny made by Apple will be warmly received, and in any case most peripherals will work with a Mac these days.

Still, you might need a little inspiration, so here's our list - written by and for Mac users - of presents that we know will get just the right reaction.

Apple's new buttonless wonder doesn't do anything especially impressive, but it puts in a solid, usable performance as a basic mouse with left-click, right-click, scroll and more gestures on its Multi-Touch surface.

This isn't the top-of-the-line Canon MFD - a device packing a printer, scanner copier and more into a single box - but the Canon Pixma MP640 is phenomenal value. You get Wi-Fi printing, dual paper trays, duplex, CD printing and stellar print quality.

Traditional wisdom has it that you at least need a separate bass to get good sound from a desktop speaker system. The Creative Gigaworks T40 Series II, however, prove that wrong; audio is gutsy but defined - and the cheaper T20s acquit themselves well, too.

Elgato's range of TV tuners remains the best, and we like this dual-tuner model for Freeview broadcasts in the UK. In areas of low signal, you can boost reception, or opt for watching or recording two channels at once.

It seems like everyone has an iPod these days - one reason we decided not to include one on this list - and they all need feeding with high-quality music. iTunes vouchers let folks pick the tracks they like from the iTunes Store.