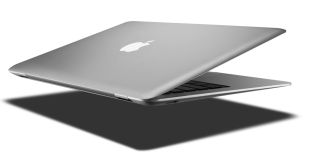 So you've heard of the MacBook Air, but what about the Lenovo ThinkPad X300?

With the announcement of Apple's MacBook Air not even a week old, speculation is already running rampant in the world of technology about the possible release of an Air-killer.

According to reports, Lenovo is poised to release a new ThinkPad X300. The laptop is rumoured to sport a 13.3-inch, LED-backlit screen with a 1440 x 900 resolution in an 'extremely thin' chassis that could weigh just 1.1kg. Competing with the Air's performance, the X300 could boast a 2GHz, low-voltage Core 2 Duo with an 800MHz bus.

More features than the Air

In an attempt to coax those looking for slightly better specs than those offered by the Air, the new ThinkPad X300 may sport optional 3G or WiMAX and an empty drive bay that could be filled with a DVD burner, ExpressCard slot, or a second battery.

Unlike the MacBook Air, the system will reportedly ship with a 1.8-inch 64GB solid state drive as standard. And it'll include Lenovo's signature Trackpoint stick in the middle of its mini-keyboard, which can be upgraded to full-size for an additional fee. Other add-ons include up to 4GB of memory, three USB ports and options for devices like a GPS receiver.

So far, there's no word on pricing or availability and Lenovo has yet to confirm the ultra-portable. Stay tuned for more on this as the information becomes available.