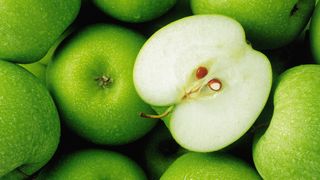 Spotting a rotten Apple rumour from a ripe one

The Apple rumour mill never sleeps: while we were oohing and aahing at the iPhone 5S and 5C, rumourmongers had already turned their attention to the next event in the middle of October.

iPad 5s! Apple TVs! Fuel-cell powered sexbots! Maybe even an iWatch! Many and perhaps even most of the predictions will turn out to be bobbins, but how can you tell which bits of smoke have fire?

Allow us to help.

That's sometimes harder than it should be in these days of everyone reporting the same thing, often without attribution. But a bit of digging can usually find the source of a specific rumour - and if it turns out to be slideshows4pageviews.com or worse, Digitimes, then it's a good idea to take that one with a pinch of salt.

Conversely, if The Wall Street Journal quotes the usual "people familiar with the matter", then Tim Cook's been on the phone.

Is an event imminent?

The closer to a final release Apple gets, the leakier its supply chain becomes - so apparent spy shots of an iPad 5 taken three days before the iPad 5 event are probably real, whereas ones 'leaked' six months in advance are usually renders.

Is it a render?

Renders are like movie stars: unrealistically good-looking, disconnected from reality and made entirely in Photoshop. Drawing pretty things is relatively easy when you don't have to worry about how to build it or get all-day battery life out of it. The drawings might as well be robot unicorns.

Is the timescale realistic?

Let's say Apple hires an expert in fitness peripherals. Maybe it hires a whole team of them, and sixty watch experts, and opens a building called Jony's Secret iWatch Treehouse.

That doesn't mean you'll get an iWatch at the next Apple keynote. An iWatch, if it even exists, won't go from concept to keynote in six weeks: iPad prototypes were kicking about eight years before the device actually shipped.

See also: Apple patent applications, which Apple files whether it plans to make them or not.

Does the site know what words mean?

"Confirmed!" should mean that the news source has received confirmation of a story from an official or at least a credible source. It does not mean "man on internet thinks it's likely", even if - or especially if - that person is an industry analyst.

Are you getting deja vu?

Is the rumour utterly ridiculous?

For our news editor Kate Solomon, the last straw was the iRing rumour, which typified the very worst of Apple rumour-mongering: it was "a five-year-old concept design dreamt up by someone who does not work for Apple, who has no connection to Apple, who, it is entirely possible, has never even seen an Apple product. But then - then - it was cemented by an analyst." Cemented by an analyst!

Has Samsung already done it?

We don't need to explain this one, do we?

Jim Dalrymple of The Loop is famously well-informed about Apple and if he yups or nopes your favourite rumour, that's the end of it.

One of the reasons we pay attention to Apple rumours is because sometimes, they're right. Earlier this year, TUAW.com took great delight in panning multiple Apple rumours that said Apple was working on a sapphire crystal capacitive fingerprint sensor for the iPhone 5S. Oops!