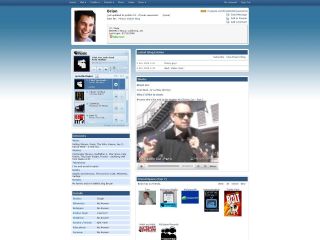 Is MySpace a glorified cresh?

Us adults may think that websites like Facebook are just for grown-ups, where you can do such mature things as poke someone, bite something and throw sheep at things.

However, new statistics show that it's the kids that are taking over the social-networking asylum.

Research conducted by the Pew Internet and American Life Project has found that in the US, just 35 per cent of adults have created a page for themselves on the likes of Facebook, MySpace and Bebo, while 65 per cent of teens aged 17 or under are part of at least one social network.

Over 5,000 Americans were surveyed – half between April and May last year and the second set quizzed between November and December.

Despite the results, the rise of adults networking online has been fairly dramatic. In 2005 it was just 8 per cent, doubling to 16 per cent in 2006, and that number doubled again in 2008.

If you slightly skew the results, however, and only look at adults between the ages of 18-24, they then give the youngsters more of run for their money, as 75 per cent of this group have signed up to a social-networking site.