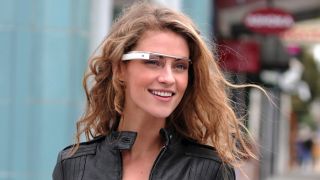 Sooner or later Apple is sure to add another major product category to its line-up, and that category could be smart glasses, a bit like Google Glass.

That’s according to “people familiar with the matter”, speaking to Bloomberg, who claim Apple is currently considering the move, and has even ordered small quantities of near-eye displays for testing.

The sources don’t go into many details about Apple’s take on smart glasses, but say that they’d connect wirelessly to an iPhone and show images and information in the wearer’s field of vision.

Apparently they may also use AR (augmented reality), which would be no real surprise, as Tim Cook has talked enthusiastically about AR in the past, and Apple has reportedly acquired a company that specializes in it.

Coming not so soon

Don’t expect to see smart glasses alongside the iPhone 8 though, as if Apple does launch them it would apparently be in 2018 at the earliest – which makes sense, as there are likely major tech hurdles to overcome, to avoid a similar fate to the overly expensive and limited Google Glass.

Apple will ideally need to make its glasses stylish, slick, genuinely useful and affordable if they’re to become mainstream, but aside from the price, Apple seems better positioned to solve those problems than most companies.

Not that Apple is the only company working in the space, but its wearable could slot in between the basic Snapchat Spectacles and the enormously expensive Microsoft HoloLens, while most other tech giants seem focused on VR.

But this assumes Apple launches smart glasses at all. Even if Apple really is working on them, if it decides they’re not ready it could delay or cancel them altogether, so don’t ditch your dumb glasses just yet.