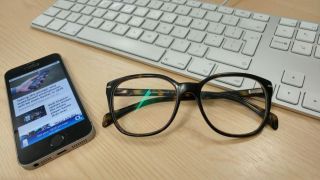 With its ARKit tech powering increasingly impressive augmented reality experiences, Apple's ambitions in the mixed-reality space are undeniable. And that investment shows no sign of slowing, going by the company's latest purchase.

It's been revealed that Apple has opened its wallet to the tune of $30 million in order to acquire Danish machine learning company Spektral.

The startup specializes in the real-time editing of video, using neural networks and spectral graph theory to analyze a scene and separate a subject from its background.

Essentially, this allows for a near-instant green screen editing effect – ideal for isolating and placing a digital object in a real-world setting, it would seem.

Could this be a purchase to support not only the iPhone XS family and beyond, but the supposedly-in-development Apple AR glasses?

Apple's AR headset is tentatively being rumored for a 2020 release, and looks to right the wrongs of the ambitious but flawed Google Glass. With a saturated smartphone market, and increasing competition at the premium end, Apple will be looking for a new 'one more thing' to keep that trillion-dollar valuation topped up.