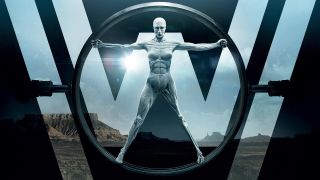 The third season of HBO sci-fi drama Westworld finally has a release date in the US: March 15, 2020, around 21 months after the second season ended. This was announced by HBO during the season premiere of Stephen King drama The Outsider.

The trailer explores the alternate timeline of the show, including when major events occurred, which has frequently been the subject of debate among Westworld fans since it premiered. HBO describes the android-themed show as a "dark odyssey about the dawn of artificial consciousness and the birth of a new form of life on Earth".

Westworld season 3 returns to Sky Atlantic and Now TV on March 16, and Foxtel in Australia. Check out the latest teaser below:

Westworld season 3 was previously teased last summer with a trailer at San Diego Comic Con, showing Dolores (Evan Rachel Wood) at a WW2-themed park. New cast members are joining the show this year, most notably Aaron Paul of Breaking Bad fame, though you can expect to see Vincent Cassell (Black Swan) and Lena Waithe (Master of None) pop up, too.

The second season received some criticism for being a little too convoluted in its storytelling, and the producers seem determined to keep people guessing this time around, too.

When Westworld debuted back in 2016, it cemented HBO as a major player in big-budget sci-fi TV, complementing Game of Thrones' dominance in the fantasy genre.

Here's that Comic Con trailer from 2019, for more on what to expect in Westworld season 3: