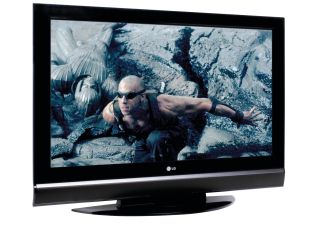 Is it a photo or TV? This old skool version is the latter

LG has announced that a new television will be able to be used as a digital photo frame when not being used for programmes – consuming much less power when in the frame mode.

LG's 47-inch Digital Photo TV also allows people to use a screen grab and display it, along with your own photos, when you put the television in standby mode.

"Users can even display family photos or a famous painting via the TV screen without hammering a nail on the wall. This innovative, new concept enhances the home as an interior décor item, providing an elegant living space," insists the Korean firm's press release.

The power consumption is much lower when in standby (though TechRadar would like to point out that not displaying anything at all is presumably even lower).

LG claims that power consumption falls to 10-15 per cent when it is being used for photos rather than television.

"Looking ahead to the future, we can expect to see next-generation TVs featuring multiple functions.

"Our new Digital Photo TV enhances the role of the TV in households - serving as a medium that's capable of more than watching TV and playing video games - but also stores consumers' cherished memories."