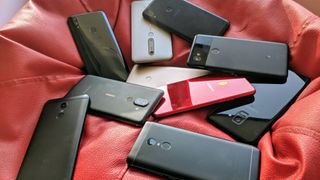 Qualcomm retained the highest share in the global mobile processor market in the third quarter despite facing stiff competition from Huawei and Samsung.

Samsung and Huawei ramped up consumption of their own processors in their products, causing market share to shift away from the top third-party supplier, Qualcomm.

Samsung and Huawei both expanded processor shipments by more than 30% during the third quarter of 2019 compared to the same period in 2018 while Qualcomm and MediaTek are fiercely competing to maintain their market share among second-tier companies, according to IHS Markit | Technology.

In contrast, Qualcomm’s share fell by 16.1% during the same time.

“Samsung and Huawei both are taking strategic steps to realign their smartphone product lines and supply chains away from third-party processors and toward their self-made alternatives,” said Gerrit Schneemann, senior analyst, smartphones, at IHS Markit | Technology.

“Each company has its distinct rationale for making the shift. However, the aggregate impact on the smartphone market is a major shift away from third-party processors.”

However, Qualcomm and MediaTek got a boost from other Chinese players such as Xiaomi, Oppo and Vivo.

Xiaomi's adoption of MediaTek has gradually increased since the second half of 2018. However, Qualcomm's deployment by Xiaomi accelerated rapidly in the third quarter.

Furthermore, Vivo is steadily increasing its adoption of MediaTek chipsets. Vivo shipped 46% of its smartphones with processors made by MediaTek in the quarter. This is a significant increase from 27% during the same period in 2018.

Like Oppo, increased sales of mid-range and low-end series smartphones such as the S, Y, and V increased MediaTek's penetration rate.

Samsung used its internally produced Exynos processor in 80.4% of its mid-range smartphone devices, Galaxy A Series shipped in the third quarter of 2019, up from 64.2% during the same period in 2018.

In contrast, the share held by MediaTek and Qualcomm in Samsung smartphones declined to 2.3% and 22.2% respectively, down from 9% and 27.5% one year earlier.

“Samsung’s attention has been focused intensely on its mid-range portfolio during the past year, using its A-series smartphones to launch new features and technologies—rather than its flagship devices,” said Jusy Hong, smartphone research and analysis director at IHS Markit | Technology.

“The shift in strategy requires a more pronounced reliance on in-house processor solutions to maximize cost and development efficiencies.”

Huawei decreases reliance on US technology

Huawei is now expanding the reach of its processors to more price ranges, including the Nova and Y-series mid-range phones, compared to the use of its Kirin chips mainly in flagship devices.

“As a result, Huawei is working on removing US-based components from its supply chain by finding suppliers from different regions or by providing its solutions.”

On the other hand, Taiwan’s MediaTek increased its share of Huawei phones, rising to 16.7% in the third quarter, up from 7.3% a year earlier.