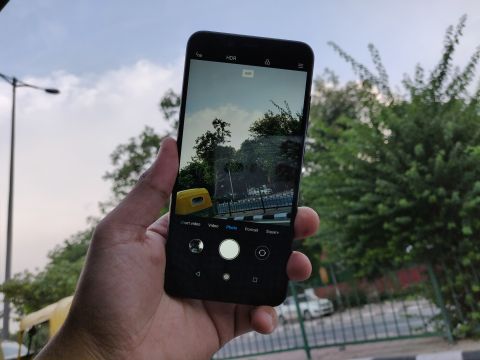 While you shouldn’t drop your Mi A1 for this phone, the Xiaomi Mi A2 gives non-MiUI fans another shot at entering Xiaomi’s ecosystem.

Xiaomi’s first big launch since the IPO is a phone that’s known for not having the company’s core identity. The Xiaomi Mi A2 is an Android One device that sports stock-like Android software, miles apart from Xiaomi’s usual MiUI implementation, a software the company really banks on to engage its community.

When it launched the Mi A1 last year, the company’s tryst with stock Android software was an experiment, but having seen unprecedented success with that device, the phone is now part of Xiaomi’s yearly cycle. Hence, the Mi A2 is an update over its predecessor, and brings a healthy mix of Google and Xiaomi in one phone.

There’s a Mi A2 Lite as well, which is being sold at €179 for the 3/32GB version and €229 for the 4/64GB variant. While the company has announced this phone already, it’s availability in all of Xiaomi’s markets is yet to be confirmed.

The primary changes this year include a larger 5.9-inch FHD+ display, a new dual-camera combination on the back and a higher resolution front camera. The Mi A2 omits the telephoto lens from last year, in favour of a 20MP+12MP setup. So, the camera doesn’t have fancy optical zooming capabilities, but it still shoots portrait shots. In fact, Xiaomi says its software will intelligently choose which sensor to use when you’re shooting photos in portrait mode.

There’s also a sizeable update in terms of processing power, but perhaps not enough to ditch your Mi A1 just yet. The Snapdragon 660 takes a page out of Qualcomm’s flagship chipset (the 845), replacing ARM’s Cortex A53 cores with custom Kryo 260 cores. That should give a good boost in terms of processing speeds, at least on paper. You can expect higher benchmark scores compared to the Mi A1.

Xiaomi is also quite confident about the camera this time and suggests that it will be comparable to the OnePlus 6, which is quite a claim to make. While it’s too early to take a call on this, things are looking up after the first few shots. The camera app here is the only noticeable change to Google’s stock Android software.

The Mi A2 still comes with a two-year update promise, meaning it will definitely get the Android P and Android Q updates in future. At the moment, the phone runs Android 8.1 Oreo out of the box.

While the Xiaomi Mi A2 retains the general look of the Mi A2, there’s a noticeable change in its identity. For one, the phone feels wider, meaning it’s not as ergonomic as its predecessor. The “hand feel” isn’t of a compact phone and lies closer to that of a phablet. It’s also slimmer and has the full metal build like last time.

The two cameras are placed vertically on the top left on the back, with a noticeable bulge. You’ll find the fingerprint sensor below it, at the centre of the rear panel.

While the design has changed a bit, this looks more old school amongst a sea of notch-riddled, full screen smartphones today. The Mi A2 is not a big screen phone with a small overall footprint. And that might actually work against Xiaomi at this point.

In Xiaomi’s core markets, like India and China, the Mi A2 might be the only notch-free device that anyone will care about. The company’s decision to make a stock Android device paid off last time and the phone has entered the yearly grind. The Mi A2 is an update over its predecessor, so it’s not expected to replace your Mi A1.

However, it gives Xiaomi a shot at user acquisition, by getting customers who aren’t too fond of the company’s own software. In the long run, the Mi A2 would likely be one of Xiaomi’s many phones only, but it keeps the company relevant and grinding.

Particularly in India, the Mi A2 might be very important to Xiaomi’s cause. Since the company will hike the pricing this time, the Mi A2 will be sold at a price tier that Xiaomi has often failed to capture. In that, mid-ranged bracket, the Mi A2 will be a cheaper alternative to the Nokia 7 Plus, and on first impressions, Nokia is in for a tough battle.