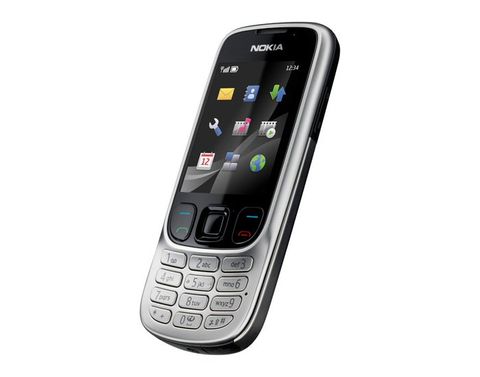 The Nokia 6303 Classic isn't a high-spec, high-end dazzler, but updates one of Nokia's most popular handsets of recent years – the 6300 – in its mid-tier portfolio.

It reprises that model's functional but classy metal-bodied build, again taking aim at users who want a reliable, no-nonsense but quality feeling handset.

While Nokia's recent 6700 Classic represents an alternative and more obvious upgrade path from the workhorse 6300 by introducing such delights as HSDPA 3G connectivity and a 5-megapixel camera, the 6303 is a more functional revision to the 6300 template.

Like the 6300, the Nokia 6303 Classic doesn't do 3G, sticking with tri-band GPRS/EDGE data connectivity, and has a solid if unsurprising selection of mid-range gadgetry.

There's no GPS, Wi-Fi or smartphone cleverness, but it does cover the usual music and video player bases, with a 3.5mm standard headphone socket a welcome addition. The Nokia 3603 also sports a 3.2-megapixel autofocus-equipped camera, plus a range of applications such as Nokia Maps. The latter includes a 1GB MicroSD card with maps of the UK and Ireland supplied.

Nokia is an old hand at producing mid-range phones that may not excite tech-geeks but which hit the sweet spot for a certain type of user, and consequently rack up huge sales over several years.

The 6300 was one of those hit handsets, and the 6700 Classic we reviewed recently looks like it's spot on the mark too. So, does the 6303 also have what it takes?