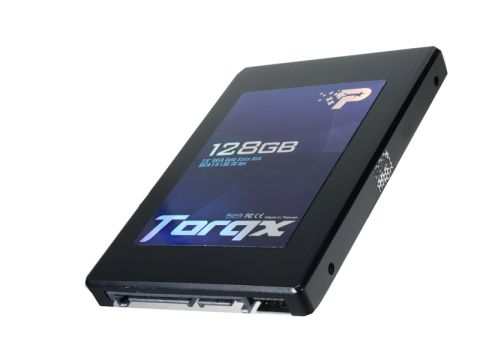 Thanks to improved firmware, the Torqx is more competitive now than ever

For the history of the SSD condensed into a single drive, look no further than Patriot's Torqx 128GB.

It's been around for the better part of a year and, like the broader SSD category, it's been a rollercoaster ride of ups and downs.

At launch, we had high hopes for the Torqx thanks to its Indilinx Barefoot controller. Various claims were made regarding the power of the Barefoot's ARM based CPU. Sure enough, the Torqx cranked out some seriously impressive sequential read and write numbers.

With further testing, however, something awful happened. After our traditional fill-'er-up, delete and format test, the Torqx was laggier than an extremely laggy thing in custard. Just navigating the desktop was a chore punctuated with frequent freezes.

But that was then. Several firmware updates have since been released, including one that brought support for the TRIM command in Windows 7. We're also big fans of Indilinx's drive cleaner utility.

In theory, the TRIM command is supposed to keep things tidy on the fly by forcing SSDs to fully delete unused data cells rather than merely marking them as available. But there's something reassuring about doing a manual clean-up that delivers an instantly measurable improvement in performance.

The important thing is that the stuttering and lag is long gone. What's more, we know that's not just the case for box-fresh Torqx drives.

Our test drive is the very same one that suffered from pretty catastrophic stuttering with older firmwares. With the latest firmware, all seems well.