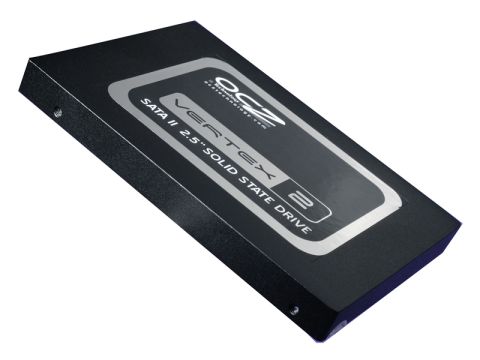 This drive shows promise in the new Sandforce controller

Does OCZ's Vertex 2 smell familiar? It should do. After all, it boasts the same 100GB capacity as the Corsair Force F100.

More importantly, it's the second SSD in our group to pack the impressive new Sandforce SF-1200 controller chipset. But which is better?

As Harry Hill would say, there's only one way to find out. Fight!

Actually, you need only make a price comparison and then conclude in favour of the Corsair. Right? Not so fast.

As it happens, reports suggest that the SF-1200 and SF-1500 use the very same processor die. Only the firmware differs. As we've yet to sample an SSD with the SF-1500, we can neither confirm nor deny. Still, that's the theory.

Unfortunately for the Vertex 2, the reality doesn't quite square. Put simply, the Force F100 matches or beats it in every single benchmark – synthetic, real-world, whatever. Not what we were expecting.

Don't get the wrong idea, though, because the Vertex 2 ain't exactly slow. The margins are very slim and the Force F100 aside it still spanks every other drive here for overall performance.

The point is simply that OCZ's fancy firmware doesn't appear to translate into a tangible advantage. That and a £10 price disadvantage puts it in a tricky position.