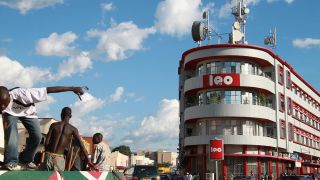 For aid organisations, getting resources to where they're most needed is a constant challenge. But a team of computer scientists is working to make that process easier, by analysing mobile call data.

The researchers, led by Wen Dong and Venu Govindarju, have chosen the West African nation of Senegal as a testbed for their data analysis.

The country has a population of 14 million, split into 14 geographical regions. In traditional poverty analysis, everyone living in a region is assigned just one collective poverty rating, regardless of where they live and under what circumstances.

Dong & Govindarju's analysis takes an alternative approach, based on the theory that the more mobile calls and texts passing in and out of a region, the less likely it is that it suffers from extreme poverty.

By collecting that data and comparing it to existing poverty maps, they can produce poverty maps of much finer resolution. They've published details of their technique on the arXiv pre-print server.

The ultimate goal, they say, is to provide a more in-depth analysis - including information on women, the elderly, and other marginalised demographics.

They're working with the Senegalese government, as well as Sonatel (a major telecom provider in the region), to build a model that can be implemented more widely.

Neeti Pokhriyal, a computer science PhD candidate who is analyzing the mobile phone records, said: "The lack of data in underdeveloped countries is a serious concern. It impedes development and disaster-relief, as well as efforts to provide hundreds of millions of people with basic necessities of education, health and livelihood."