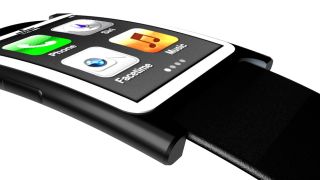 This looks a lot more convincing

Apple's latest self-congratulatory advert, where cool people nonchalantly be awesome, shows footage of what looks to be the much rumoured iWatch.

30 seconds into the video, a man who is annoyingly drumming the table, seems to be wearing what looks like a rectangular digital watch.

Naturally, Twitter was awash with UWO (unidentified wrist object) rumours, which can only play into Apple's hands should it decide to release an actual iWatch any time soon. What do you think? iWatch or portable egg cup?