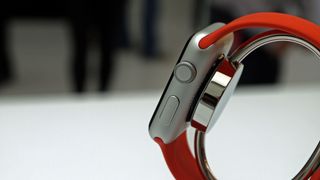 There's a lot you can do to customize your brand new Apple Watch, including swapping among all the official (and pricey) Apple Watch bands.

But a passage in the recently published Apple Watch user guide suggests that Apple's own Watch bands soon won't be the only ones the company approves of.

"Use only Apple branded or Apple authorized bands," reads a note under the section "band care information."

Well that's quite a hint.

Apple has one authorization program already for iPhone, iPad and iPod accessories, dubbed "MFi" - Made For iPhone.

It's easy to imagine the company doing the same for Apple Watch bands, particularly with some third-party accessory makers already creating their own straps for the wearable.

Apple hasn't announced anything outright, but we've asked the company to confirm, and we'll update this article if it does.