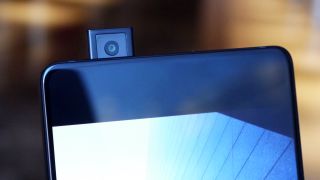 Vivo's upcoming V15 Pro with pop-up selfie camera is the company's first smartphone launch in India this year. The smartphone is slated to launch in India on February 20, but it has already made an appearance baring all the specification and price.

The product page for the Vivo V15 Pro went live (spotted by Smartprix) on the Reliance Digital online store. As per the listing, the V15 Pro 6GB RAM and 128GB storage variant will be priced at Rs 29,990.

It's not the first time when the details of the Vivo V15 Pro are leaked, but it's the most credible leak so far. However, the details revealed on the product page go in line with the previous leaks.

As per the listing on Reliance Digital online store, the Vivo V15 Pro will feature Qualcomm's latest 6-series chipset - Snapdragon 675. It will have a 6.39-inch full HD+ AMOLED display with an in-display fingerprint sensor. For photos, it has a 32MP pop-up front camera and a triple camera setup on the back having 12MP + 8MP + 5MP sensors.

The phone is said to ship with Android 9.0 Pie with FunTouch OS skin on top. It weighs 185grams with a 3700mAh battery powering the device. The listing further reveals network and connectivity details of the phone.