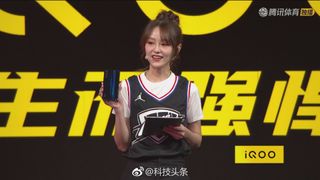 Vivo’s newly minted sub-brand iQOO which will focus on offering flagship features in an affordable package has teased the launch of their first product. Under the iQOO sub-brand, Vivo is expected to unveil a gaming smartphone with buffed up specifications. The company has released a teaser image of the phone in question and we now know a bit about what’s coming from iQOO.

According to the teaser image, the upcoming iQOO gaming smartphone will be powered by top-of-the-line Qualcomm Snapdragon 855 chipset and will be backed by 12GB of RAM with 256GB of storage. Recently, a phone bearing model number vivo V1824A made it to Geekbench and we think it is the same phone in the teaser.

The picture also reveals that the phone will support Super HDR playback and will have a 4D feedback feature which will be helpful for gamers. Other than that, it has a 4,000mAh which supports 44-watt fast charging. Theoretically, it could recharge the phone from 0% to 100% in a matter of just 60 minutes.

There's also rumours of a triple camera setup on the back, but it remains to be seen which sensors the phone utilities.

Additionally, it is expected that the phone will have a premium build comprising of either metal unibody or glass. We will know more as the launch date nears and whether or not the phone will make its way to India.