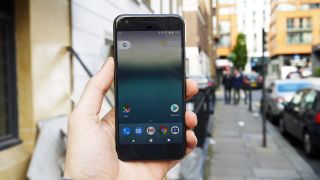 The Pixel and Pixel XL already have strong screens, but they’re about to get even better, with the addition of raise-to-wake and double-tap to wake.

These features are basically exactly what they sound, allowing you turn the screen on either by double tapping it, or simply picking the phone up, both of which can be faster and more convenient than feeling around for the power button.

These features haven’t arrived yet, at least not unless you live in Canada, where some users are posting on Reddit that the latest update has added them.

Presumably that same update will arrive in the US, UK and elsewhere before long, and bring these handy gestures with it, but we don’t currently have a time frame for it.

Once you have the update you’ll need to enable these two features in Settings>Moves, after which you can say goodbye to having to hit the tiny, side-mounted power button every five minutes just to check the time and your notifications.

Could Nexus be next?

They’re handy features that we’ve seen on some other phones, and even the Nexus 5X and Nexus 6P have something similar to raise-to-wake, but on those handsets the screen is shown in black and white until you interact with it.

But no Nexus phone has double-tap to wake without rooting. Or not yet anyway, though it’s entirely possible that Google will now add the feature to its older phones as well. That wouldn’t quite make up for the lack of Google Assistant on Nexus devices, but it would be a start.