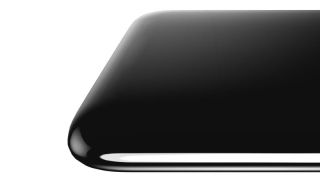 Vivo has teased a new smartphone on its official Weibo handle which is alleged to be the Apex 2 or the “Waterdrop”.  The teaser poster clearly shows a waterdrop in the center with Chinese text that reads “What is the future of mobile phone? Come see 1.24”. The message clearly indicates that the company is planning to announce a new smartphone on January 24 in China.

According to GizChina, the teaser is speculated to be for the launch of Vivo Apex 2. Some Chinese media sources suggest that the internal codename for Vivo Apex 2 is “waterdrop” and the model number is EKI1831 as revealed the email info in the Vivo community forums. After looking at the teaser, it’s almost certain that the phone is going to sport what the company is calling a “waterdrop” design.

Additionally, Chinese tipster Ice Universe had also claimed that a new Vivo phone with a completely new design is slated to launch soon. He also shared two images saying, “this phone will subvert people's past perception of smartphones”. According to his tweet, the images shared were of the back and side of the phone. The images look more like a concept phone with a pebble-like design that’s void of joints and buttons.

Vivo has shown a glimpse of its technological prowess by introducing many ‘first in a smartphone’ technologies like a pop-out camera and in-display fingerprint. Now it seems like the Chinese OEM is looking to bring something new into the market, supposedly in the design department.

We are expecting the handset to be a concept phone like last year’s Apex, but it’s too early to say more about the mystery phone. More details about the phone will be revealed on January 24. Until then, we’ll keep a close eye at what’s cooking around the matter.