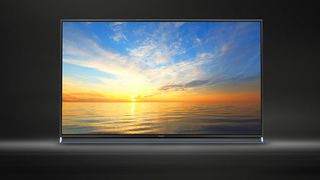 8K on the horizon?

You might well just be settling in with your first 4K television, marvelling at the clarity and brilliance of your shiny new picture but, according to analysts Juniper, 8K is only four years from hitting the mainstream.

Although the vast majority of focus in the television world is on HDR rather than the next jump in pixel count, Juniper feels that the 2020 Olympics will represent the start of the 8K push.

Why? Because that's when Japanese broadcasters are intending to start their 8K broadcasts.

"With Japan seeking to broadcast the 2020 Olympics in 8K, the industry is likely to use this as an opportunity to drive sales of 8K smart TVs."

You can already buy an 8K television if you have a spare hundred thousand dollars to your name, and 8K televisions have been shown off at shows like IFA and CES every year for a considerable time.

But with 4K still nascent and much of the focus seeming to have shifted to color, brightness and contrast, it will be hugely interesting if 8K can capture consumer hearts that quickly.

There are some industry voices that have championed 8K for some time - although some of the reasoning behind its likely success is not what you might think.

The number 8 is considered a lucky number in Chinese culture, and the number 4 unlucky (because it sounds like the word for death), and as one of the most important markets some have suggested that this might hasten the industry on.

Interestingly, Juniper are not the first major analysts to suggest 2020, with IHS coming up with this year in 2015.

And the barrier to 8K remains much the same, it's not the technology involved in making the televisions, it's that consumer living rooms are often not big enough to justify a screen big enough to make a resolution of 7680×4320 make much difference.