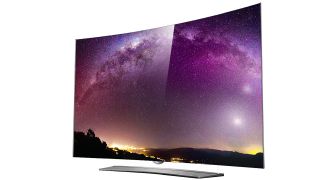 In a bid to battle the 'threat from China' LG is closely collaborating with the Korean government to promote local manufacturing of OLED displays.

LG announced yesterday that it was investing 10 trillion Won (around $10bn) in its flexible OLED and big-screen TV manufacturing and hoped to create an 'OLED Value Chain' to lower the currently high price of OLED displays.

The price of OLED TVs, currently only produced by LG because of that manufacturing cost, is so high it makes the incredible image quality of something like the LG 65EC970V or 55EG960V prohibitively expensive.

"South Korea's decades-long leadership in displays is being challenged by the rapid rise of Chinese companies," LG Display's CEO, Han Sang-beom, told delegates at an event in Paju.

"LCD was the main driver in the industry in the past. However, industry growth is flattening. Threats from China are urging the country to find something new. I believe OLEDs are the right solution to help the country lead its rivals in the battle for next-generation displays."

But it's not just the Chinese threat which is urging Korea as a country to try and get OLED off the ground as the go-to next-gen display technology. The Japanese government is also reportedly shifting focus towards the country's own OLED display production.

The Korean government has identified OLED as a key export item for the country and the Korean trade ministry is set to provide serious tax incentives when purchasing equipment for OLED production from local suppliers.

LG believes this expansion in OLED manufacturing will create hundreds of thousands of jobs and provide around $35bn worth of production.

"The government thanked LG's commitment to invest in next-generation businesses such as OLEDs," said Korean trade minister, Yoon Sang-jick. "The Korean government will be active in providing more supportive measures to help the country maintain continued leadership in the global display industry even in OLEDs."