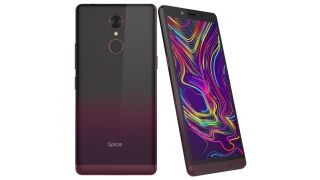 Indian smartphone maker Spice Devices has announced a new budget device in India, dubbed as the F311. It is an Android Oreo Go Edition device and features an 18:9 display, making it the first Android Go device to feature an 18:9 display.

Just like other Android Go devices, the Spice F311 is also pre-installed with Android Go apps such as Files Go, Maps Go and other Go apps. The device has been priced at Rs. 5,599 and will be available from retail stores across the country.

The Spice F311 runs on Android Oreo Go Edition, which is a toned-down version of Android Oreo designed for low-end devices with less RAM. It features a 5.34-inch FWVGA+ display with a resolution of 960 x 480 pixels and an aspect ratio of 18:9.

In terms of performance, the Spice F311 is powered by a quad core MediaTek MT6737M SoC coupled with Mali-T720 GPU. In terms of memory, the device has been launched with 1GB RAM and 16GB of internal storage which can be further expanded up to 32GB via a microSD card.