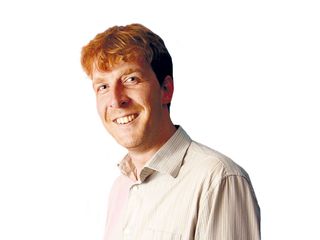 Graham Morrison is a regular contributor to TechRadar

Linux doesn't have a CEO. Consequently, there's no annual keynote hosted by a charismatic alpha male. But if it did, and if there were a conference covering the first half of this year, the first speech would start with three words: "Linux is winning".

Firstly, a market research firm in the US called The NPD Group revealed that sales of Google's Android platform overtook those of Apple's iPhone in the first quarter of 2010, propelling itself into second place behind the waning RIM.

Android is becoming increasingly competitive, spanning both the smartphone and the emerging tablet markets, with devices from Dell and Archos already available. This might be why Apple started a patent infringement lawsuit against HTC, using many of its Android-based phones as physical exhibits in its litigation.

Secondly, Google announced its intention to open source the VP8 video codec. This was acquired when it bought On2 earlier in the year and it will be used alongside Vorbis and the MKV container to create Google's WebM video format. This is vitally important for Linux.

The nascent H.264 format, as used by Apple and many HTML5 video streams, is encumbered by patents, and current open-source implementations live under the shadow of legislation. VP8 and WebM have the potential to match it for quality, and while WebM will undoubtedly attract similar litigious trouble, having an umbrella the size of Google should satisfy many Linux distributions, especially when Mozilla, Opera and Adobe have already pledged their support.

Finally, the UK's new coalition government has published its Programme for Government. There are two points in the section on Transparency that are great news for free software. One states, "We will create a level playing field for open-source software," while the other adds, "We will ensure that all data published by public bodies is published in an open and standardised format, so that it can be used easily and with minimal cost by third parties."

If these promises come true, it will transform attitudes to open-source software and Linux, and hopefully open the door for its use within government and schools, two areas where it's ideal.

Many of us used to think that for Linux to be judged a success, it had to be installed and running on more desktop computers than Microsoft Windows. And there are great swathes of Linux users who still feel the same way. But the world of computing has changed.

There's more than one way of judging the success of something that started as just a good idea. Windows, Linux and OS X are survivors. They've lasted this long because they exist within their own ecosystems.

Linux, for example, is fed by a curious mixture of enterprise investment, embedded hardware vendors and a community brimming full of zealous commitment. There's a low-cost threshold to entry and a subsystem that maintains itself with very little investment. It's these factors that have shaped how it looks, how it feels and how it's operated.

The ecosystems inhabited by both Microsoft and Apple are equally well-adapted to their environments. The former is the domain of the utilitarians, offering straight functionality for an up-front price. The latter is an increasingly important fusion of fashion and function. But things have changed.

The borders between the ecosystems have become indistinct. Apple has surpassed Microsoft in market value, winning thousands of new fans through it's no-fuss interfaces and lower prices. There's a shift in the balance of power.

And thanks to Google, Linux is becoming less free and less open, proving that in the new markets where it's having the most commercial success, it's becoming more like Apple. ROMs are encrypted and need to be rooted for user-hacking, third-party applications have to be sold through a single vendor and personal information is held in the cloud by a sole provider.

If Linux wants a taste of similar success, it might find it if it makes similar concessions to a user's freedom.

But then we'd have failed. The Linux ecosystem would have become too polluted, bogged down by sponsored kernel additions, paid-for support and short life cycles. It may be a commercial success, but no longer an active one.

Our hypothetical CEO might make further compromises, and make judgements against the interest of Linux users. Which is exactly why we don't have a CEO, and exactly why the success of open-source software is so difficult to judge using the same language as its competitors.