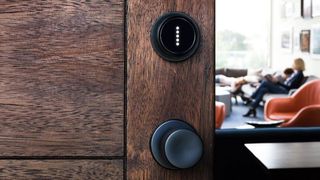 Smart lock maker Otto has ceased operating, leaving a workshop full of luxury locks that may never ship. The announcement will be disappointing for those who have pre-ordered one of the locks, but for the rest of us it highlights one of the primary dangers of the smart home; the more we rely on digital companies for the running of our home, the more vulnerable we are when those companies fail.

The startup, first founded in 2013, was planning on bringing the lock to market in the first couple of months of 2018 after having been acquired by an unnamed company that was going to handle the shipping of the product.

Unfortunately for Otto, the acquisition fell through on December 11, the day that this deal was supposed to be finalized.

The full details of what happened were laid out by Otto CEO Sam Jadallah in a lengthy blog post on Medium, but the long and the short of it is that Otto entered a round of financing, and were approached by a company that offered acquisition rather than funding, Otto agreed, and then the acquisition fell through.

Knocking on the door of innovation

Jadallah hasn’t disclosed exactly why the deal fell through, just that he received a phone call on the day of the deal to say that it wouldn’t be moving forward. The nature of the deal was apparently such that it meant Otto couldn’t solicit other funding or offers, and so is now left unable to ship its locks, possibly ever.

Overall, we're far happier that the smart lock company has shut down before, rather than after, shipping its product. This way at least the amount of customers caught in the crossfire can be minimised to those that pre-ordered the product.

But that doesn't stop this unfortunate event from highlighting a problem in the rapidly growing smart home market; if there are essential elements of how your house runs that are dependant on a company and that company ceases operating, it puts you as a consumer in a real bind.

While $699 (about £500, AU$900) may seem like a staggering amount of money for a lock, Otto was clearly angling itself to become the Apple of the smart lock market; offering a luxury product for a luxury price. It even used a Bloomberg quote referencing how Apple-like the design is: “It looks uncannily like something Apple might have dreamed up.”

To be fair, the eponymous lock admittedly wouldn’t look out of place in an Apple store, and there’s a good reason for that; many of the original hires at Otto were ex-Apple employees.

As can be seen in the video above, the lock offered a couple of different methods for opening a door, the first identified a user by their phone - allowing a simple push of a button to unlock the mechanism, and the second took advantage of a rotating dial that allowed for a digital combination to be entered.

It may seem like a relatively small amount of return for a significant investment, but when Jadallah spoke to TechCrunch, he insisted that the problem wasn’t the price point, or the product:

“This isn’t the story of an ambitious product that didn’t have a market. I was convinced that we had priced it the right way for the product, and we knew that the technology that we had innovated was something that we could use in different ways at other price point.”

For the time being it looks like there is no way forward for Otto, with Jadallah apologising to all of those that had already pre-ordered the smart lock, saying: “Otto will not ship next month and it may never ship. We will evaluate our options in the coming weeks and see what is open to us.”

Even if Otto does end up shipping, the bell cannot be un-rung, and we're sure that customers will feel uncertain relying on a company that has recently failed so publicly. What's interesting is the question that this raises for smart home security on the whole.

We're already adding a potential vulnerability by including a digital layer to our homes that makes them hackable, but by creating a reliance on companies in order to do things as simple as unlocking your door and turning on your lights we are leaving ourselves vulnerable to the possibility of having a house that depends on the success of our chosen provider in order to keep functioning at even a basic level.

On the software side, the use of open-source security protocols such as Signal means that a codebase can be maintained by a community of coders long after any single company has folded, but this approach is yet to be embraced by hardware manufacturers.

But with people expecting smart locks to last decades rather than years, a long term solution to the problem Otto's failure has revealed needs to be found.