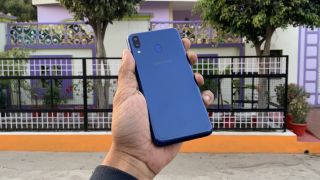 Samsung is celebrating ten years of the Galaxy smartphones in 2019 and is on a spree of announcing new phones. The South Korean electronics maker just unveiled its flagship Galaxy S10 lineup and while there is no word on its Indian availability, the company will be announcing a couple of more phones for the Indian consumers before February ends.

According to an exclusive report by MySmartPrice, Samsung is going to debut its revamped Galaxy A-series in India on February 28. Courtesy of some recent leaks, we know the specifications of the Galaxy A10, Galaxy A30 and Galaxy A50 which are expected to be the first three phones that the company announces in India. The Galaxy A-series phones will target the offline smartphone market in India and the base variant is expected to be priced starting at around Rs 10,000.

Interestingly, Samsung is also going to launch the Galaxy M30 in India on February 27. The information about the same was revealed through the company’s official Twitter handle. It would almost be a month since the company launched its Galaxy M-series in India on January 28.

The report by MySmartPrice also reveals that Samsung will announce a new phone in the A-series every month till June 2019 after it debuts the lineup in India next week. These new smartphones are expected to be the Galaxy A70 and Galaxy A90. We also think that like the Galaxy M-series lineup, the A-series will also follow the same naming pattern. Hence there could be a possibility of Galaxy A20 and Galaxy A40 making an appearance down the line.

Time to get powered like never before! Introducing the new Galaxy M30 with 3X power. #IM3XPOWERDUnveiling on 27th Feb.Are you ready? pic.twitter.com/Ff2nsgJ8rVFebruary 16, 2019