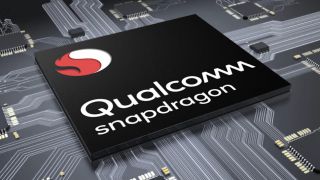 The Samsung Galaxy Note 10 has only just been announced and – in some regions at least – it uses the brand-new Exynos 9825, but an even newer and likely even more powerful chipset has just been benchmarked.

Listed on Geekbench as the Qualcomm Kona, this is listed as an octa-core chipset with a base frequency of 1.8GHz (meaning some cores are likely faster), and the scores achieved suggest this is the Snapdragon 865 (or whatever it launches as), which is the chipset we’re expecting to replace the Snapdragon 855 and Snapdragon 855 Plus.

Said chipset would likely power many of 2020’s top flagships, including the US version of the Samsung Galaxy S11, and based on the scores we’re seeing here that would be no bad thing.

So this score is substantially higher than two of the most powerful phones around. And, importantly, when the Snapdragon 865 – or whatever this is – finally ships in handsets, it will likely be more polished. Qualcomm will have had more time with it and phone-makers will have also helped optimize it for their devices, so the difference in scores could grow.

As for the phone that the Qualcomm Kona is being tested on here, it apparently has 6GB of RAM and Android Q, but there aren’t many other details, and this is probably just a testing device for the new chipset, rather than a phone that is actually going to launch.

We may have to wait until around December for any official news on the Snapdragon 865, as the Snapdragon 855 was announced in December 2018. Even then, we wouldn’t expect to start seeing it in phones until 2020, so we’ve got a while to wait before it will be possible to personally experience this chipset’s power.