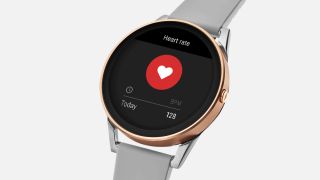 From next year you'll be able to buy a smartwatch emblazoned with the sports brand Puma.

Puma has announced a partnership with Fossil Group to design and manufacture new smartwatches (as well as normal watches) with the aim to get them to market by the end of 2019.

We've yet to learn anything about the design or features set to be included on the Puma smartwatch, and the image above in this article is an existing Fossil smartwatch.

“Puma is one of the world’s leading sports brands. We are excited to partner with them and bring our world class design and distribution capabilities to the Puma watch collection,” said Kosta Kartsotis, chief executive officer, Fossil Group.

The partnership is in good hands too - Fossil Group are the brains behind smartwatches such as the Fossil Q Commuter, Q Founder and Q Venture, but it also licenses a lot of other big name brands to make other smartwatches.

Some of those include Diesel, DKNY, Emporio Armani, Kate Spade New York and Michael Kors, and there are many more examples where Fossil has helped to bring smartwatch tech to high-end brands.

It'll be interesting to see what Fossil Group does with a more sport focused smartwatch, which is something the company hasn't really had access to before.

It especially makes sense to see the Puma brand enter the space considering Nike, Adidas and other big sport names are trying out fitness tech for your wrist by partnering with brands like Fitbit and Apple.

If Puma follows a similar line to those other brands, it's likely the smartwatch will be focused on running but also track other sports and activities.

What we've heard from Fossil and Puma also suggests if the first iteration goes well we'll see more than one watch. The partnership is set to run until 2028, so hopefully we're set to see multiple generations of smart wrist tech from this licensing partnership.

Meanwhile, we know we won't see the first generation watch for at least eight months.