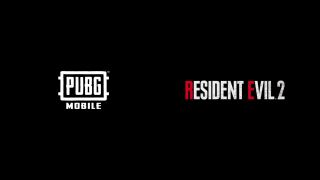 Recently, PUBG Mobile 0.11.0 beta went live with a special event, the much-awaited zombie mode. This is a part of the collaboration between Tencent Games and Capcom that brings together the world of battle royale and a city reeking of zombies. This will be a special event with a limited run where zombies and other creatures from the Resident Evil 2 universe will spawn on Erangel. 60 Players are tasked to survive both zombies and opponent players for two full nights while the circle is still in play.

On Tuesday, official Twitter handle of PUBG Mobile posted a picture teasing the zombie mode and captioned it: " Only the strong will survive." This is also an indication of the impending launch of the special event which could be happening very soon.

The picture in the tweet shows a player outside of the Raccoon Police Department which has been specifically created for the zombie event in PUBG Mobile. In fact, this is the spawn area where players land up before parachuting down Erangel.

The next update is also expected to bring a moonlight environment on the Vikendi map. It is a night mode on Vikendi but with Auroras in the sky. To fight off the zombies and Tyrant, players will be provided with special weapons. The special zombie event features an M134 minigun and flamethrower.

While you wait for the update, here's our experience with the zombie mode on PUBG Mobile-  PUBG Mobile 0.11.0 beta gameplay