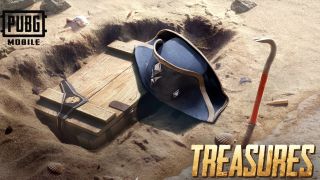 Tencent Games is gearing up to roll out the PUBG Mobile 0.14.0 update and along with a new zombie Infection Mode. To ensure a steady roll-out, servers have been taken down offline for maintenance starting from 00:00 to 04:00 (UTC) on August 13.

The 0.14.0 update to PUBG Mobile was announced during the PUBG Mobile Club Open 2019 tournament held in July this year. The update will bring a new zombie Infection Mode to the gameplay and will allow players to spawn as a zombie during the game against a team of human defenders.

This new mode will enable players to experience the game from a different perspective and the spawning is asymmetrical. It means that a player could either end up on the side of zombies or defenders as the selection is random.

As mentioned above, zombie Infection Mode players will randomly land up as defenders or zombies. The objective of a defender is to survive the zombie onslaught and keep the infection at bay. For zombies, however, the aim is to infect all the defenders using abilities and claws.

Each Infection Mode match is divided into two rounds-- surviving the zombies as defenders and as Vanquishers. While defenders will have access to weapons and ammunition, the Vanquisher round will transform the player into a warrior with a sword.

Also, the defenders infected by zombies will turn into one of the same deadly creatures during the game.

Players will also be presented with a new Characters system with the 0.14.0 update in EvoGround matches. It will start with a single character Viktor equipped with a single skill set and levels up with every passing match. These characters can be further customized with different outfits, emotes and voices.

The interface of the lobby has also been tweaked and now displays matchmaking and settings on the same screen. The servers for PUBG Mobile 0.14.0 update will go live on August 14.