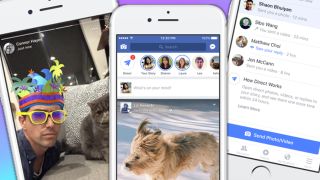 Kids are finding it hard to cope with the pressures of social media – particularly as they approach their teens – according to a new report on children’s internet use.

The report, Life in Likes, was released by the Children’s Commissioner for England and focuses on social media use among children under 13. It found that although younger children are most interested in games, older ones are more focused on fitting in – sometimes at the expense of their own wellbeing.

Older children are particularly worried about their appearance as they approached their teens and face the stress of starting a new school.

Safety is another major concern for pre-teens – both personal and psychologically. The report notes that "children were very confident to talk about how to stay safe online from a physical perspective, but there was less discussion about what to do when things affect them on a more emotional level."

Although most social media services (including Twitter, Instagram and Facebook) set a strict minimum age of 13, three quarters of the children in focus groups reported having their own accounts while others used their parents’ logins, potentially exposing them to unsuitable content.

“Sometimes I see stuff when my mum is trying to show me things on Facebook and a rude and horrible thing will pop up, and it makes you feel really shocked,” one 10-year-old told the Commissioner.

Social media influencers also have a role in protecting their young audiences. Many of the youngsters interviewed for the report were fans of YouTuber Logan Paul, who faced a barrage of criticism last week for sharing a video showing a suicide victim in a Japanese forest.

Users must be at least 18 years old to sign up for a YouTube account, but children as young as 13 can register for limited access with a parent's permission and Paul's video was originally published without an age-gate, meaning it could be watched by anyone.

The Commissoner advises social media sites should “recognize the needs of children under 13 using their platforms and incorporate them in service design.”

That's something Facebook is already working on. In December, it released a new video chat and messaging app, Messenger Kids, designed specifically for under-13s. The app doesn't require a phone number or Facebook account, and lets children connect with a list of friends and family members pre-approved by their parents.

Facebook itself has a strict age limit of 13 years and up (accounts found to belong to younger children are deleted), but works with schools to help teenagers protect their privacy and wellbeing.

“Children today have unprecedented access to digital technology and, like the Commissioner, we are committed to giving schools and parents more help and expertise to support them as they start secondary school [age 13 to 18],” Antigone Davis, head of safety at Facebook, told TechRadar.

“That’s why since last year we’re offering digital safety ambassadors to every UK secondary school with Childnet International and the Diana Award, to bring peer-to-peer support and online safety initiatives into the classroom by a trained young person. We continue to develop more resources and tools, like our new Parents Portal, for families and all those who care about children to build safe and positive online opportunities for young people.”