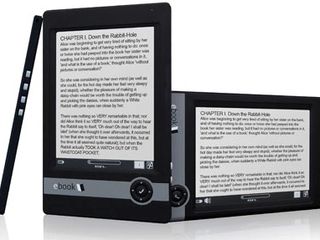 Amazon and Apple taken to task over e-book pricing deals

Apple and Amazon are being taken to task by Connecticut's Attorney General over what he refers to as 'anti-competitive' ebook pricing deals with publishers.

Attorney General Richard Blumenthal has requested that representatives from Apple and Amazon attend meetings at his office to discuss the ebook pricing issue.

Blumenthal refers to their deals with major book publishers such as Macmillan and Simon & Schuster as "most favored nation" arrangements.

"The net effect is fairly obvious," writes Blumenthal in an open letter to Amazon, "in that MFNs will reduce the publisher's incentive to offer a discount to Amazon if it would have to offer the same discount to Apple, leading to the establishment of a price floor for ebooks offered by the publisher."

Blumenthal hopes that through a discussion with the two tech giants that Amazon and Apple will find an acceptable way forward to "allay his concerns".

Apple's arrangement with publishers is to offer them a 70 per cent royalty while keeping 30 per cent to cover the costs of running its iBookstore, requiring publishers to guarantee that prices elsewhere will not be higher than those charged by Apple.

"MFN clauses - especially when they are offered to two of the largest e-book retail competitors in the United States - have the potential to impair horizontal competition by encouraging coordinated pricing and discouraging discounting," the Connecticut Attorney General wrote to Apple.

"Of course, the concerns are compounded, and hence potentially more troublesome, since this arrangement appears to be something that will be agreed to by the largest ebook publishers in the United States and two competitors who combined will likely command the greatest retail ebook market share."