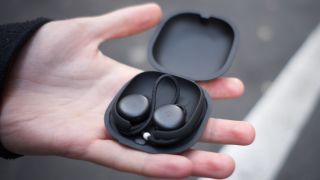 While there’s not a ton of information floating around about them, a new source claims that the Google Pixel Buds 2 are likely to be announced at this month’s Made by Google event, if not sooner.

That source recently spoke to 9to5Google, and says Google will soon introduce second-generation wireless earbuds, although they didn't mention the Google event by name.

However, that event, which is scheduled to take place on October 15, is virtually guaranteed to be where the company shows off the Google Pixel 4, alongside other new hardware.

As for the Pixel Buds 2, the timing is right for a second generation; it’s been two years since the launch of the original Pixel Buds, and a new Google phone could be the perfect companion for the next-gen earbuds.

Will the Pixel Buds 2 be wireless or true wireless?

The big question about Google's next pair of earbuds is whether they'll be simply wireless, like the original Pixel Buds, or true wireless like Apple's AirPods. The former design has a cord that connects the two buds, while the latter is completely wire-free.

It would certainly make sense for Google to go wire-free with its next generation of earbuds, especially now that true wireless earbuds have become relatively common - although that's no guarantee that it will.

In terms of price, Google put out the original Pixel Buds at $159 / £159, which seems like a plausible price point for the company to target again with the Pixel Buds 2.

In any event, we'll be on the ground in New York City for the Made By Google event later this month - and we'll be sure to keep an ear out for Google's new 'buds.