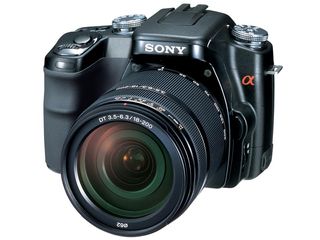 The digital SLR market went wild last year, surging by 39 per cent, while sales of digital cameras overall rose by 15 per cent.

According to research firm IDC , Canon remains the top seller of digital SLR cameras, but Sony - which only released its first digital SLR model last year - has quickly made its mark on the digital SLR market, grabbing the third slot with 326,000 sales.

Canon 's digital SLR sales were up by 31 per cent, with 2.46 million devices sold last year. Securing second place, Nikon 's growth was even larger at 36 per cent with 1.74 million shipments. Samsung and Panasonic also debuted in the digital SLR market, selling 43,000 and 36,000 cameras respectively.

Overall, the digital SLR market rose by 39 per cent with 5.27 million shipments made last year, IDC said yesterday. The total camera market was up by 15 per cent, with 105.7 million devices sold in 2006.