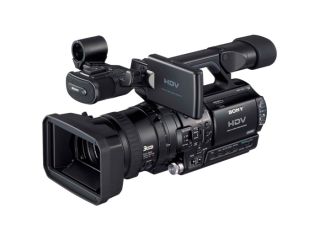 Seiko's technology is likely to be licensed to other makers

Anyone over four years old still struggling with the ability of the human eye to look directly into the Sun is probably already barking mad, but at least Seiko Epson can cheer them up with news of its new super-sensitive camera.

The Japanese firm which has, apparently, been troubled by the problem of getting its cameras to work in conditions as bright as the aforementioned star-gazing or as dark as a moonlit night claims a solution in the shape of a working prototype video camera [Subscription link].

The ‘High Dynamic Range Video Camera’ specialises in sharply contrasting backgrounds, such as trying to work out what it sees in the foreground when bright light illuminates it from the rear.

This might happen in the case of a caller on a door videophone on a bright day or when automatic train systems struggle with seeing inside a dark tunnel as the highly illuminated exit approaches.

Technically, this is known as a broad contrast ratio, something that’s rated in this case as 120dB. That’s 50dB broader than current video cameras.

The magic is achieved by capturing 120 frames of video per second and splitting them into three groups according to their brightness. Algorithms pick out the clearest from each group and combine them into a final 30fps video.

Although it all sounds slightly esoteric, Seiko does see a market for its camera in these situations and also, possibly, as a rear-facing navigation aid for car drivers. It also hopes to have something on the market within nine months.