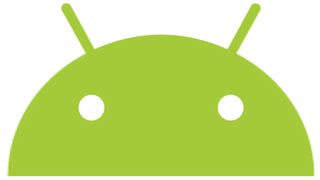 Can't it just update all at once?

Samsung hasn't officially announced a Galaxy Note upgrade, but the firmware in the video seems legit.

The Android update includes Samsung's Nature UX UI and Air View and Multi View functions, not to mention the normal bug fixes and other tweaks.

CNET reported Tuesday that the Android 4.1.2 update for the Galaxy Note will likely appear by December, though that only applies to unlocked Galaxy Note handsets.

Users of AT&T and T-Mobile's Galaxy Notes may have to wait weeks, if not more, for the update, much like Samsung Galaxy S3 owners on U.S. carriers are still waiting for Android 4.1.

In other update news, a hacker known by the slightly menacing Twitter handle @KillDroidHack has released a package for Galaxy Nexus users that includes the majority of apps found in the Android 4.2 update.

Android 4.2 is still Jelly Bean, but with a host of new features, including Photo Sphere, new security features and changes to other apps and functions that range from trivial to substantial.

@KillDroidHack compiled many of these changes into an unofficial package, while a second package has been created to implement Google Wallet into the Galaxy Nexus.

Google Wallet is not currently available officially on Samsung's Galaxy Nexus, but now that doesn't seem to matter.

The Samsung Galaxy Nexus (as well as the Google Nexus 7) are expected to receive official Android 4.2 updates sometime this month, but those who just can't wait can download @KillDroidHack's unofficial packages.

A warning: don't try to install these updates unless you know what you're doing. Okay, a second warning: TechRadar takes no responsibility for the contents of said packages.