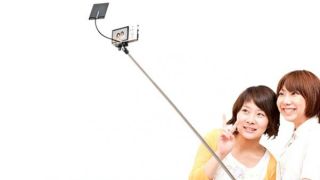 No-selfie zones are now a thing, due to people putting put themselves in danger while taking photos. In Mumbai, India, there are now 16 different zones across the city in which you can be fined for taking selfies.

According to a study by San Francisco-based researchers Priceonomics, 49 people have died around the world trying to take selfies since 2014, and 19 of those were in India. Even allowing for the fact that the country has a population of 1.3 billion, that number is alarmingly high.

Most of the Mumbai no-selfie zones sit along the coastline and in off-limits areas of the city. If you take a photo in one of these 16 zones you could be slapped with a fine of 1,200 rupees (about US$18, £12.50). The city is also planning an awareness campaign to help save lives.

Priceonomics found that almost three-quarters of people who have died taking selfies since 2014 were male, and the average age was 21. No one aged over 32 has been reported to have died in a selfie-related incident.

The most common type of selfie-related fatality involved people falling from heights. Drowning was a close second, with the other deaths accounted for by accidents involving trains, planes, cars, guns, grenades and animals.

If you take our advice, you should never put yourself in danger to make the perfect shot. You're all just beautiful the way you are – you don't need to hang off the side of a cliff to prove it.