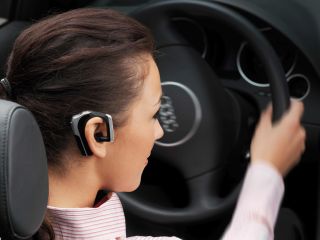 We all know that texting whilst behind the wheel is dangerous, not to mention illegal. But sometimes it would be so useful to fire off a quick text to say you're stuck in traffic and will be late, for example.

While hands-free kits have been around for ages, there hasn't yet been a good solution to solve the problem of texting while driving.

But now Microsoft has teamed up with voice recognition software firm Nuance to create a way for drivers to dictate a text message to the car which could then be translated into an SMS message and sent on to the recipient as normal.

Using the Microsoft Sync system already available in many Ford models in the US, you'll be able to dictate text messages, and perhaps eventually do the same with e-mail, Auto Express says.

"We are aiming for natural communication between car and driver, which will have benefits for concentration and safety," a Nuance spokeswoman said.

The software is likely to surface in the UK sometime early next year, and will be installed in the latest Mercedes C-Class. Ford was also said to be interested in introducing the system here.

The question is whether dictating text messages, even if it means your hands are free to concentrate on manoeuvring the car, will have an impact on your concentration.