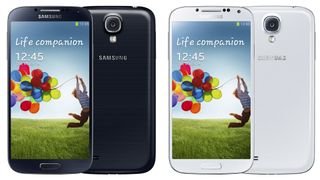 Had enough of the S4 yet?

The popular Galaxy brand is one which has been squeezed almost completely dry by Samsung and it seems the Korean firm is looking to capitalise on its latest flagship, the Galaxy S4, by launching as many similarly-named handsets as possible.

According to the folks over at SamMobile the Galaxy S4 Mega name was leaked in the "what's new" section of Samsung's WatchON app, with a screenshot of version 5.0.4 of the application stating: "added support for upcoming S4 Mega, S4 mini and S4 Active."

This detail has now mysteriously disappeared from the listing, which suggests Samsung may of had it pulled in a bit of a marketing blunder.

There's always the chance that this final bullet point may have never existed, with the source "Marius", who provided the screenshot, potentially being a dab hand on Photoshop.

While the Galaxy S4 Mini and S4 Active are thought to arrive in July, this is the first we've heard about a S4 Mega and it would seem like an odd handset for Samsung to launch considering it already has its line of super sized Note handsets.