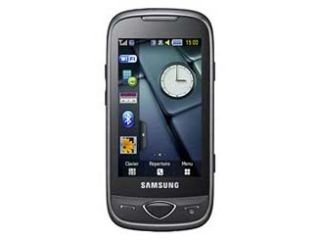 The Carphone Warehouse has announced that it will begin exclusively selling the new Samsung S5560 and B3410 in the next week.

These new phones have been well publicised by Samsung, as it attempts to make its touchscreen phones affordable to the general public.

Korean rival LG has been doing the same thing for some time now with the likes of the LG Cookie and the new Pop, but this move from Samsung shows the budget touchscreen market is set to heat up this Christmas.

The S5560 has a 3-inch touchscreen with Wi-Fi connectivity (to make up for the lack of 3G) and a 5MP camera with LED flash. It also offers microSD expansion to improve the measly internal 78MB memory too.

The B3410 is even less painful on the wallet, although does bring features to match. A full QWERTY keyboard is the main selling point, with a 2.6-inch screen and a 2MP camera bolted on too. As you can imagine there's no Wi-Fi or 3G on this puppy, although stereo Bluetooth headphones are supported.