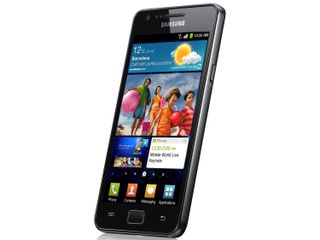 Samsung has announced the 'world's highest tweet' has been sent from the summit of Mount Everest on a Samsung Galaxy S2.

Using the summit's first ever 3G connection, Brit Kenton Cool posted a tweet just after 2AM GMT after reaching the peak for the ninth time, as well as, apparently, posting up a picture and updating his Facebook status.

There's no news as to whether he checked out TechRadar, but we're assuming he did, possibly to check out the five star Samsung Galaxy S2 review.

"Everest summit no 9! 1st tweet from the top of the world thanks to a weak 3G signal & the awesome Samsung Galaxy S2 handset!," tweeted Cool.

Cool was handed the Galaxy S2 to unbox at basecamp, after Samsung picked up the sponsorship of his latest journey up the world's highest mountain.

"I've climbed Everest before, but have never been able to share the exhilaration and excitement I experience when I reach the top with those back home," said Cool.

"I unboxed the new Samsung Galaxy S II at base camp and was excited to be able to not only make a 3G connected call home, but also to use all the other great features like updating my Facebook status, tweeting on my journey up and posting a picture to share my moment with friends."